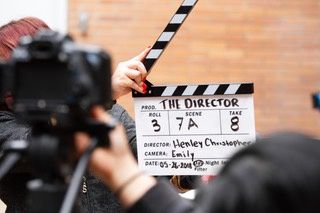 Ever wondered why you just can’t get motivated?

There’s that one particular task that you’ve been putting off for days or weeks and you’re thinking to yourself “I’ll check my emails first, or, at 10 o’clock I’ll make a start.” You’re waiting for a wave of motivation to wash over you to tackle it, but it never comes.

Then there are those random days when you feel you’re on supercharge and nothing can stop you. By the end of the day, you’ve gotten through everything on your ‘to do’ list, perhaps even achieved more and you feel you’ve had the best, most productive day ever!

The truth is that, for most people, these days are few and far between and the reason is….
Action Comes Before Motivation!

Whilst we do get that wave of motivation occasionally, we usually need to take action in order to feel motivated.

Let me give you an example.

A few months ago, my 9 year old son had his first football match – he was super excited but didn’t know what to expect. When he arrived at the pitch, he felt overwhelmed – stage fright set in and we had to go back home. His team mates didn’t even see him arrive. He was devastated and it stopped him playing for a few matches!

He was asked to play again a couple of weeks ago and was determined to make it on to the pitch, until the morning of the match. I woke him and he wasn’t feeling as excited as he had thought he would be. He was nervous – what if he didn’t get to play, what if he didn’t make it onto the pitch again. It was easier to stay in bed.

I encouraged him to just get out of bed, get dressed and see how he felt. That progressed to just getting in the car and driving there with his Dad. I told him that at any stage, he could turn around and come home. I knew that if he just made it onto the pitch and saw his friends, the likelihood of him letting them down was slim.

To his credit he got up, got ready and got in the car, when he could have easily chosen to stay in bed.

Half an hour passed and he hadn’t returned – I wondered if he made it on to the pitch.

An hour and a half later he called. When I asked how it went, he laughed and told me that that it was the best game ever and that he played the full match. When I asked him how he made it on to the pitch, he told me that when he got there he felt nervous, but his friends were cheering him on - he suddenly felt excited and didn’t want to let them down.

The reason for sharing this story, is that by taking one small action after another, he eventually got motivated.

The same applies to every day life. Whether it’s the project that you’ve been putting off, the email you’ve dreaded drafting or the phone calls you’ve avoided making.

So, choose the one task you’ve been putting off, take action NOW and keep going for 20 minutes. If after 20 minutes you’re not progressing, know that you have a choice to stop but I guarantee that once you do get started, your motivation will increase and you’ll soon get into a flow.

Nothing feels as good as the relief of having completed something that’s been weighing you down for too long.