To rest OR to quit? 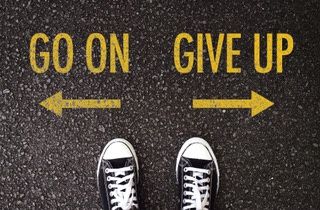 I think we’ve all experienced a time in our life when we’ve felt so tired that we felt like quitting, so I hope it resonates with you.

I received some unexpected family news last week and to be honest, it knocked me for six. I wasn’t expecting it and for a few days I found myself questioning many things in my life. For a brief moment, I even considered quitting my business.

What I came to realise though, is that I’ve been working so hard lately, putting in long hours and not seeing the fruits of my labour as quickly as I had hoped - I was intellectually and emotionally drained.

Because of this, I wasn’t able to think as rationally as usual and when I received the unexpected family news it sent me into a spin. Luckily, I’m very resilient and it didn’t take long to put things into perspective, but it got me thinking about how others deal with this very issue.

In the fast paced world we live in, whether you work for someone else, or you work for yourself, you’ll know the pressure of having to multitask, do more with less and deliver results, despite the increasing distractions of email, social media and demands on your time – not to mention juggling a family too.

From childhood we’re told that success doesn’t come easily and that you have to work hard for it..

But what do you do when you get so tired that you want to quit?

When things go wrong, as they sometimes will,

When the road you're trudging seems all uphill,

When the funds are low and the debts are high,

And you want to smile, but you have to sigh,

When care is pressing you down a bit-

Rest if you must, but don't you quit.

Life is queer with its twists and turns,

As every one of us sometimes learns,

And many a fellow turns about

When he might have won had he stuck it out.

Don't give up though the pace seems slow -

You may succeed with another blow.

Often the goal is nearer than

It seems to a faint and faltering man;

Often the struggler has given up

And he learned too late when the night came down,

How close he was to the golden crown.

Success is failure turned inside out -

The silver tint in the clouds of doubt,

And you never can tell how close you are,

So stick to the fight when you're hardest hit -

It's when things seem worst that you must not quit.

So, if you’re feeling the pressure at work, in business or at home - slow down a little, take some time to rest and be kind to yourself, but just don’t quit…