What’s the silver lining under YOUR cloud? 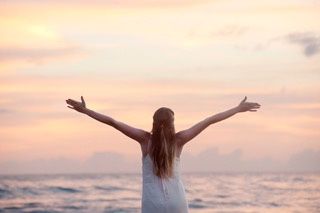 How often are you quick to judge a situation or the actions of others that can upset, anger or frustrate you, instead of looking for the positive…the silver lining?

Recently, I was travelling to a conference in Los Angeles via London and was preparing to be away from home and without my family for a week.

Despite all of my planning, the day turned out to be hectic. Just as I was about to leave home, I locked the suitcase, realising I didn’t know the combination code and didn’t have the key.

After 20 minutes and risking missing the flight I remembered it, but I found myself wishing I’d had more time as I was rushing out of the door like the Tasmanian devil.

I arrived at the airport and was greeted by the rudest person at check in.

“if someone’s being rude or nasty to you, it’s their issue not yours. Think about what may have happened in their day to make them say that and then let it go.”

I then got through security only to hear that my flight was delayed.

Now, as a frequent traveller I’m no stranger to delays, but my initial thought was one of frustration. I could have had more time with my family or finished the newsletter I had planned to send that day.

That’s when I paused and saw the little gem of opportunity… the silver lining under the cloud. Two and a half whole hours to myself. Uninterrupted time, just time for me.

I got myself a coffee, caught up on emails and read a book. It was total bliss.

The universe provided just what I had asked for (more time) but at a time that served me best!

So, the next time you find yourself getting upset, angry or frustrated because something doesn’t quite go your way - perhaps you’re running late, someone made a remark that you took offence to, or a meeting didn’t go as well as you had planned…

Just remember that under every cloud is a silver lining.

Sometimes we’re so focussed on the here and now or reacting to the negativity in a situation, that we’re just not looking for the opportunity.

It may take a little while to present itself but just because you may not see it instantly, it doesn’t mean it’s not there.

It’s about trying to see a positive in every negative situation, because there always is one!